It’s September, people! I mean where did the months go? They say the older you get, the quicker time passes by because of the amount of experience you gained in your life. Anyway… random rants and travel aside, I would like to give you my thoughts about the Cetaphil Gentle Skin Cleanser. You may have noticed, I had been rarely blog about beauty and that is because within the year, since January actually, my skin started to break out pretty bad and if I remember correctly, my last break out happened in my early teens and I never had any skin problems since.

How it began
It started on my left cheek, two-big-painful-spots came out and I realised it happened right after I tried the Pixi Glow Tonic. Purging they say, I don’t believe in purging and I had never experienced such pain nor had any acne on my cheek, ever. It had always been hormonal acne on my T-zones. So when these two came out I panicked. Lessons learned: never put acid on your face without proper research and serious moisturizer. For the longest time I had been trying so many products, mainly exfoliator, masks and scrubs in a hope that it would peel off those clogged pores and spots quickly but everything I tried had just made it even worse. Everyone everywhere who met me always question the same thing, ‘What happen to your face? Why are they so spotty?!’ while, people… if only your questions would clear up my face.

I had also tried so many acne treatments from the harsh one like benzoyl peroxide to salicylic acid to traditional Indonesian sulfur acne lotion. But more spots kept on coming through and most of them were even itchy and painful, and that’s when I almost giving up.

Dermatologist
So many of my co-workers went to see dermatologists for their skin problems, but not only dermatologist are crazily expensive but most would prescribe you meds or creams that is addictive that you won’t be able to live without. Also, what happened if the doc makes it even worse? I would hate them, and myself. So, no, I didn’t go to see one. Although I said to the husband, if by the end of summer my acne keeps on popping out, I would actually see a doctor.

Luckily, in about mid-June, I decided to splurge and actually bought the most expensive facial wash I’d ever owned: the Cetaphil Gentle Skin Cleanser. I heard quite a lot of people rant about this but I never thought I would spend anymore than 30-50 thousand rupiahs for a face cleanser because, come on… it’s just a soap. Even men uses body wash to cleanse their faces so why bother?

First impression
As the brand claims to be, it is very gentle. The texture is quite thick but clear and scentless. When applied to your face, unlike any other facial wash, it’s not foamy at all, it stays clear and transparent on the skin but feels very slimey (if that’s make sense). It’s almost feels like you are applying thick water on to your face. When you rinse it, the cleanser feels slippery and my face feels very well-moisturised.

After four months
I am on my third bottle of this Cetaphil Gentle Skin Cleanser and in my four months of using it twice a day, I don’t notice much changes on my skin. I mean it doesn’t brighten my acne scars or whatever. However, I do notice that my acne has stopped coming. Like seriously, in my first half of 2017, I spent almost everyday waking up worrying about new spot on my face… but within the last four months, not a single acne popped up – not even hormonal ones. How am I so sure it’s the Cetaphil that does this to me? Because I didn’t change any of my other now-very-simple-skincare-routine but my facial cleanser.

Final verdict
One ever told me that, like any other problems in life… you should focus on calming yourself down before anything else. So, same with break out/acne, I now focus on moisturising my skin properly and calm it down rather than focus too much on the acne itself, because when you calm down… your problems will go away quicker.

There is actually one other product that helps my skin a lot too, but I just found that one recently so I still think I owe my biggest thank-you to this gentle cleanser. I’d say if you don’t have any skin problems, any cleanser should work for you. But for anyone facing break outs or even giving up on it like I almost did, this Cetaphil Gentle Skin Cleanser might work wonders for you.

This is not at all sponsored, all I want is to share and what works on my skin might not works for you. But I really, really hope, someone somewhere would find this review helpful. Because what’s not to love about sharing? 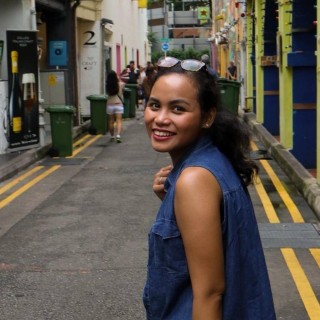